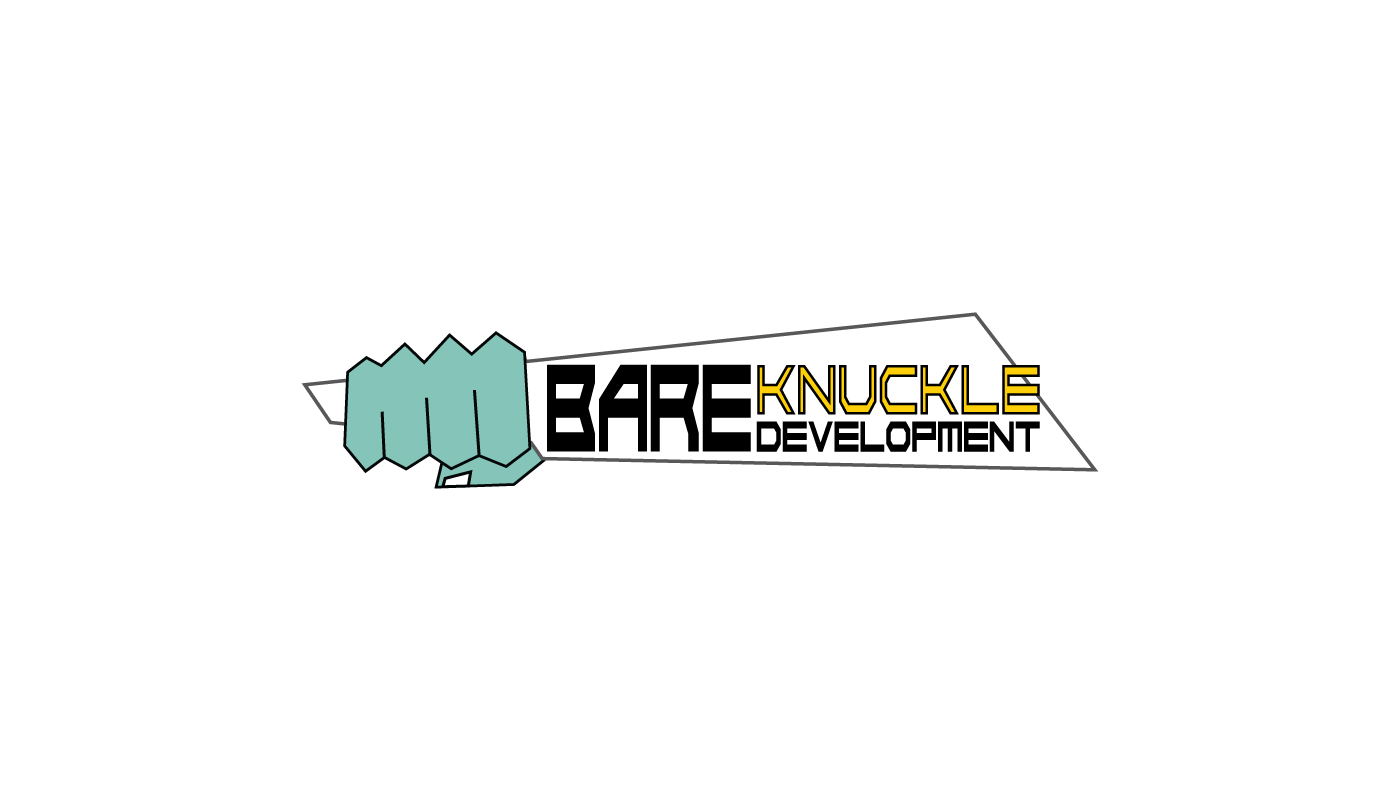 Bare Knuckle Development is an independent video game studio based in Greater Manchester in the United Kingdom. In June 2019 they released their first game Super Mega Space Blaster Special, a feature-packed retro space shooter on Steam (Win/Lin/Mac). They are currently working on the metroidvania action-RPG, The Flawless: Art’s Tale for PS4, Nintendo Switch, and Steam.

We are a small but skilled team, between us we cover all the bases needed to make amazing games.

Ste Wilson – director, programmer, artist, developer:
With a background in coding, app development, web design, and sound recording Ste has a wide and varied skill-set that allows him to work on all elements of the indie games we produce. He is an obsessive perfectionist who works without rest to create amazing worlds for you to lose yourselves in. Ste is an avid gamer and has been since a child, he puts his knowledge and passion of all things ‘video game’ to work on every game he makes. Ste is also a musician and music maker under the name of Electric Fan Death. He has written and recorded a number of albums and is now bringing his music to the world of indie games. When not making or playing games Ste can be found at the gym, ‘feeling zee pump’, or scuba diving with some colourful fish.

Tony Leavy – director, writer, designer, social-media manager:
Tony has Masters degree in Education and a degree in creative writing. She has a love for script-writing, visual poetry, and inclusive gaming. She spends her days in fictional worlds developing endearing, complicated characters, and writing mind-bending twists for the stories in our games. Tony is a keen photographer and uses here knowledge of composition to give the scenes in our games a lived in look that’s intriguing and interesting to the eye. When out of the studio Tony can be found working out at the gym, volunteering with disabled children, or chilling with a cocktail.

The Flawless: Art’s Tale (in development)

The Flawless: Art’s Tale is a metroidvania action-RPG in development for PS4, Nintendo Switch, and Steam (Win/Lin/Mac). Join our young hero, Art, for some epic hack ‘n’ shoot battles, an endearing cast of characters, an unforgettable coming of age story, and a gorgeous hand-drawn art style. You take control of Art; a twelve year old boy who awakens to find himself alone in a brutal and monochrome world of cats. He is catapulted into an extraordinary adventure where he must save his pet cat ‘Mr Dirty Paws’ and bring colour back to the surreal feline world. Check it out on Steam. #FlawlessTheGame

The Last Pilot (in development)

The Last Pilot is a pre-apocalyptic cyberpunk sh’mup/top-down-shooter featuring cats that fly planes and shoot massive guns in an attempt to save feline kind. The player can walk around huge air bases solving puzzles and shooting enemies and then jump into their plane and without transition take off and blast down aerial enemies and huge bosses. #TheLastPilot

Super Mega Space Blaster Special is a feature-packed retro space shooter. The game is available on Steam (Win/Lin/Mac).  Played alone or in local coop the game is addictive and will keep you coming back to unlock the next ship or beat your high-score. #SMSBSp

Made in collaboration with Bloodline Games, Maybot Run is a satirical infinite runner with loads of upgrades and unlockable characters. The game received some good press and was featured on TV on the BBC in the UK. The game is available on Steam for PC(Windows & Linux), and Mac. #MaybotRun