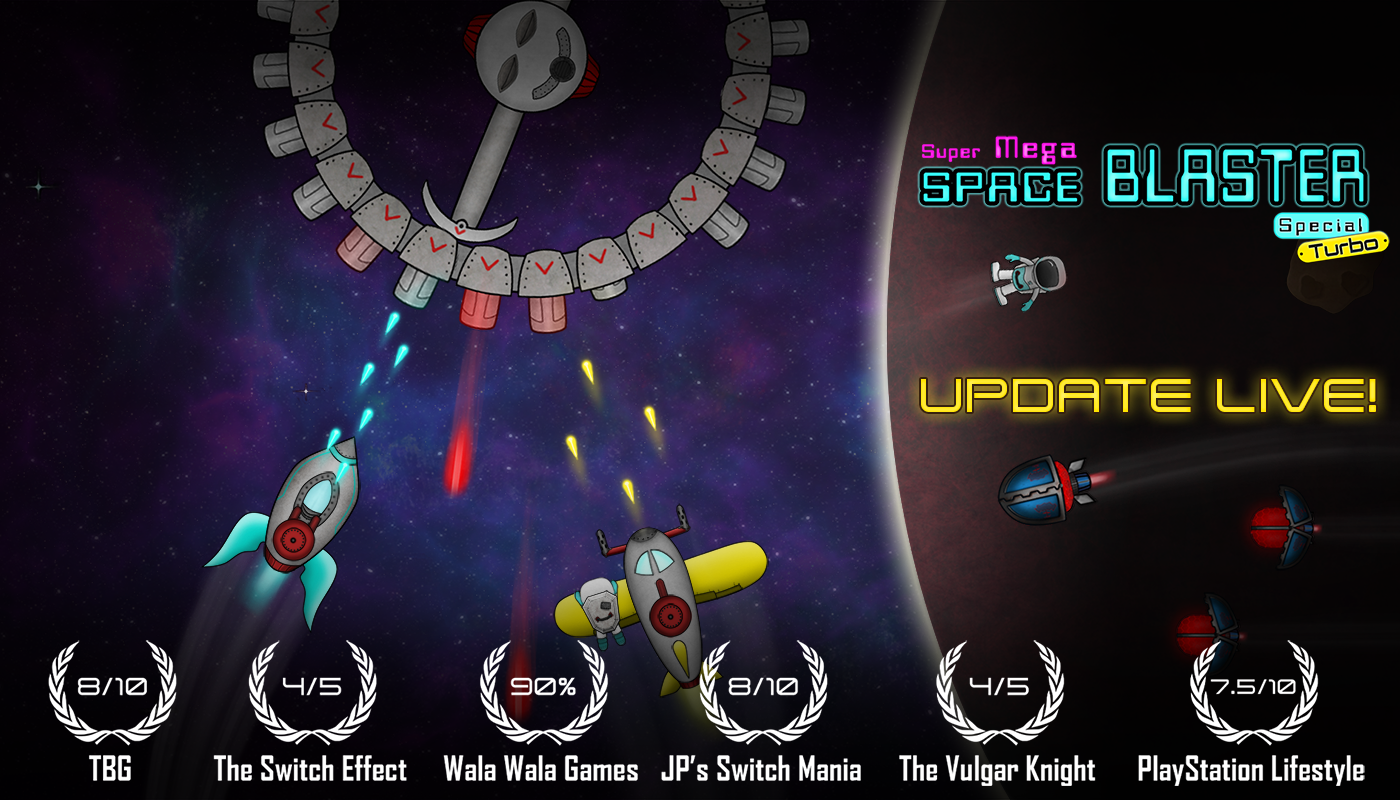 We've just released update 1.02 for the PlayStation®4 version of Super Mega Space Blaster Special Turbo. The update will be released on Xbox One before its Xbox launch on 12th February 2020. All the content will come to Nintendo Switch™ and Steam as well. It adds some content asked for by the community, and fixes a bug that prevented a

Subscribe to keep up to date with our games and get a free 4K Space Blaster digital wallpaper.

Thank you for subscribing to the BKD mailing list. You'll recieve a confirmation email with the free desktop wallpaper soon.

Something went wrong, mailing list not joined. Please check that you entered a valid email address and try again.

Working on a few animations for the lead charter A